Doris and Dave have travelled! 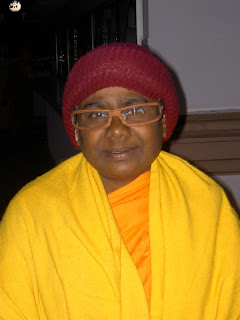 Dave adorns the face of a Buddhist priest from Thailand, performing a
cermony around the Bodhi Tree in Sarnath also known as the deer park
where Budha took his first lessons at the Dhamekh Stupa. 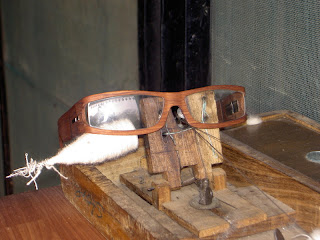 Dave at one of Ghandi's Spinning wheels, where Ghandi spent his last 144 days in Deli 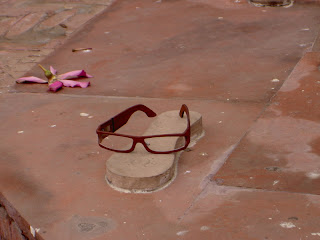 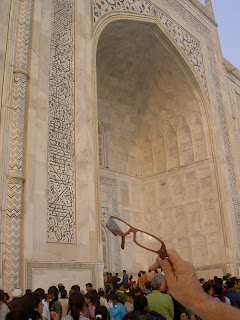 Dave at the Taj Mahal 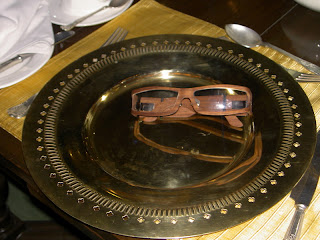 Dave have lunch at the city of Udapour in Fateh Prakash Palace - accross where Octopussy was filmed. 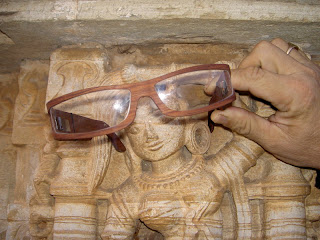 Dave is with a Hindu Dietity Shiva's Wife - Parvati 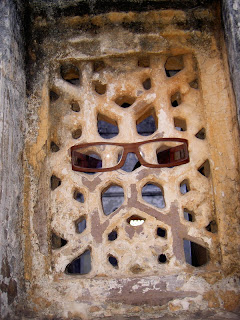 Dave is protecting the women from the outside world - these screens were contrusted to prevent people seeing the woman, but allowing them to see the world. Dave thinks the architecture is muslim in appearance. 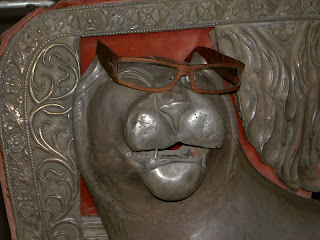 Dave rests upon - the sivler detailing on a maharaja's elephant chair. These ornate chairs are set upon the top elphant to carry the maharaja in style and custom . 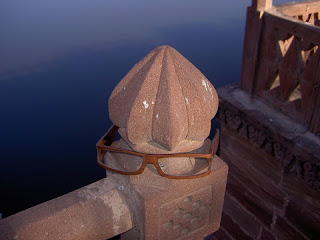 Dave is sitting on a sandstone pillar over looking the lake on the way up to Jaswand Tharda also Jodhpur - which is where the Maharini built a mousalim.

Doris on the other hand found herself lounging on beaches of Palm Cove. 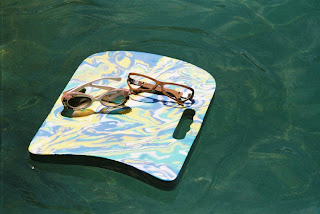 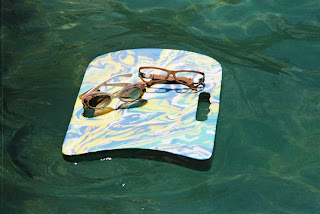 Doris Soaking up the sun 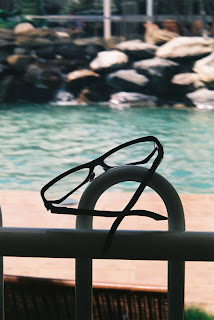 Doris relaxing by the pool

Remember if any of our clients are set to take off ! We would love for you to take either doris or dave for their next photographic adventure.
Posted by dioptics at 2:45 PM 2 comments:

dioptics
Dioptics is a retail outlet for spectacles like no other. Firstly it is a studio space and Chris and Diane pride themselves on delivering the latest technology in optical lenses, frames and sunglasses. Dioptics Continually maintains and upgrades their expertise through trade shows, industry meets and road trips. Chris and Diane's passion for for being the best and their total commitment to the industry and their clients is why a gossip blog was created. DIOPTICS has a FAN club and this is yet an other way to share with the many fans of Dioptics.